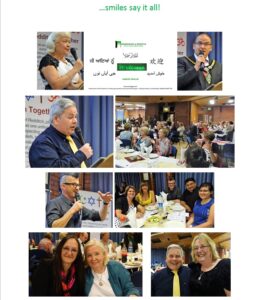 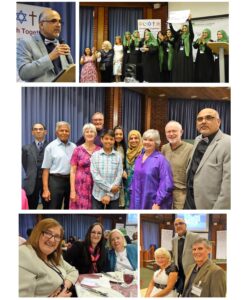 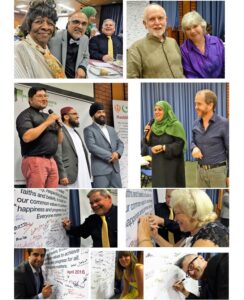 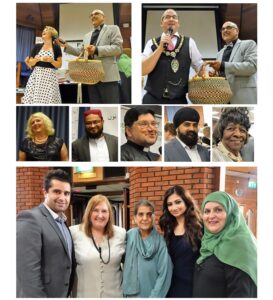 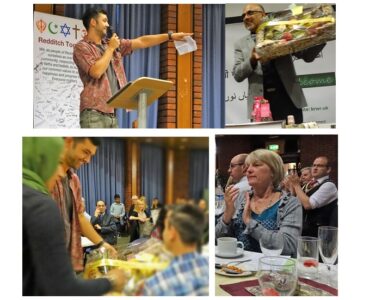 Naeem Arif, who is also the head of fundraising group, thanked Sally Woodget and Shaz Harvey for holding successful coffee mornings and raising more than £1000.  He also thanked Tasnim Khawaja, Sue Yeng and Sally Woodget for selling the tickets.  The Syrian reception drink ‘bolo’ for the guests made by Sally was highly appreciated.  Naeem also thanked BRWR supporters for their pledges, donations, and the hard work of his colleagues on the BRWR committee and many volunteers who helped in raising well over £6000.  Naeem paid special thanks to the ‘volunteers in the green’ who, beside raising funds, decorated the Town Hall, served food to the guests and cleared everything afterward.  Overall, it was a great night with great people of Redditch and Bromsgrove.